Fredericton radio morning show host Terry Seguin did his introduction, and then began grilling me about urban emergency planning. Journalists are supposed to be provocative, and he was. Since Fredericton has no designated evacuation centres, he asked:
“What’s wrong with telling people the day of an incident where
they should go?”

Using old reflexes, I responded by hosting the show for about 20 seconds. I said: “I know the division of labour here is that you ask questions and I answer them, but let me turn the tables for a moment. Is there something wrong with telling people in advance where they should go in case of a flood, snowstorm, or other event? If I were still living in Fredericton I might go to the Beaverbrook Gym or Lady Beaverbrook Arena because they were big venues when I was here. Others might to go the new Wu Centre or goodness knows where. In New Orleans, after Hurricane Katrina, people went to the Superdome, even though it was not a designated evacuation centre. Why keep where to go a secret?”

Terry seemed to “um” a note of agreement to the logic.

I was required to respond to this aphorism: “I recognize the sentiment all over the developed world that the government should be lean and get out of the way.”

But then I said that members of the general public are not also hydrologists, meteorologists, physicists, public health nurses, lawyers, and other professionals all wrapped into one. We can’t issue a weather warning to ourselves by looking into the sky like rustic frontier settlers. We can’t know when the river might flood the town and to exactly what street. On the spur of the moment, in an emergency, how many people will know where “high ground” is or how to determine if it’s safe to drink the water?

The government has scientists, studies, and communicators who know these things. How did they find out? They spent our tax dollars on research. We paid their salaries. They have an obligation to tell us.

For the most part they don’t. That’s why there are survival books on the market.

Creek Stewart in his book, Build the Perfect Bug Out Bag, breaks a little new ground with fascinating facts: try looking less prepared to avoid mugging; you can live three hours without shelter, three days without water, and three weeks without food; you can use rubber tubing for a tourniquet and for siphoning gasoline.

Matthew Stein, in When Disaster Strikes, turns a good phrase
— YOYO time — You’re On Your Own. The government will not be there to help.

An innocent question is why these folks and books exist in the volume and quality they do? Why is there a gap in the information being provided by public health officials, urban emergency planners, state, provincial, and federal officials in North America?

Do we really want to have to prepare to hike in the woods during a natural disaster, apply our own tourniquets, and then hide from human predators? What a world. What a world view.

Shouldn’t we all rise up and demand of our elected officials that they do simple, cost-effective things to reduce the impact of severe weather events, power outages, and such, so that we don’t have to spend time and money learning how to be survivalists? Shouldn’t we protest the government downloading the expense on average citizens regardless of their resources? 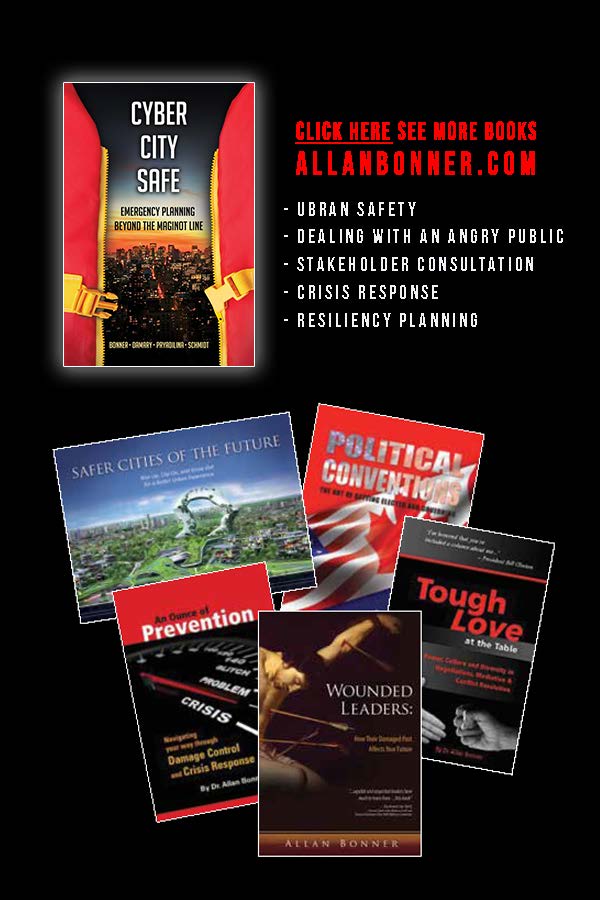