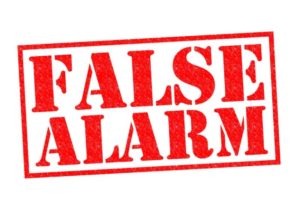 Imagine you’re going about your day. Then, you get a notification on your phone. The message reads: “BALLISTIC MISSILE THREAT INBOUND TO HAWAII. SEEK IMMEDIATE SHELTER. THIS IS NOT A DRILL.” What do you do? This was just one of the many questions that stemmed from what later turned out to be an “accident.” The alert sent at 8:07 a.m. Hawaii–Aleutian Standard Time on January 13, 2018, made its way through to smartphones, radios, and TVs across Hawaii. News outlets and social media picked up on the “accident” across the globe. The system worked as designed, at least when it came to issue the notification. People got the message. But, the damage — of a certain kind — was already done. The damage was from a message, not a missile. How are people to trust future notifications? How did this happen in the first place? Doesn’t someone have to approve a notification like this? What’s to say this doesn’t happen again? These, and many other questions, continue to be raised—and rightfully so. False alarms like this aren’t a joke. Alarms and the protocols for using them are a life and death issue. False alarms like this don’t just strike fear, worry, and uncertainty in those affected. They have a lasting effect. They can cause people to question whether a future alert is real. Future moments of hesitation may also mean life or death. This spells bad news for emergency planners across the globe. If an actual emergency were to take place, it’s likely the public may dismiss it as yet another technical “glitch” or “accident.” These events simply should not happen in this digital age. Robots can conduct surgical procedures on a grape with microscopic precision. If we’ve managed to make such strides in science, how can an alert like this be sent out to people accidentally? It’s clear that we need to go back to basics. We don’t just need to simplify how these systems are presented to users. We also need to ensure that prompts are displayed to a minimum of two users confirming that an action should take place. It’s not that much to ask for, really. If a similar process can be used with two keys turning simultaneously to activate the launch of a nuclear weapon, the same attention to detail can be paid to a notification system. People, process, and technology work together. For example, those operating these very notification systems should have access to a standardized user interface that is simple to operate. Any actions triggered by the operator should be followed with a prompt to either proceed or cancel. The former would trigger an alert to the operator’s supervisor to approve. Then, and only then, would the correct notification be sent out.