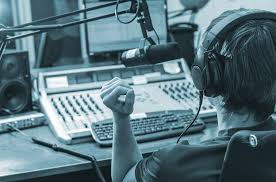 Most often I ad lib on radio and TV or in newspaper interviews.  But, in the back of my mind is former CBS TV anchor Walter Cronkite’s old quote that there’s no such thing as an ad lib. There might be a turn of a phrase you’ve never made in that exact way, but you have entertained that thought or thought process before.  Then there’s the time Tom Brokaw was asked what he was doing just before an election broadcast.  “Writing out my ad libs” was his response.

Sometimes to rehearse I’ll write out an Op Ed and sell it to a newspaper. Or I’ll just natter away at my wife or friends on the phone to rehearse.  Sometimes I’ll spend a dozen hours with academic studies to prepare for a series cable talk show.

On this occasion I’m referencing books about the pandemic and the Trump years.  I want to say something substantial and specific about the books, amongst my personal observations.  So I made notes.

I hope they reveal a little about the media relations process for you.

COVID The Politics of Fear and the Power of Science by Marc Siegel, MD

This may have been a book about fear and risk, and the history of pandemics, quickly repurposed to be about this particular pandemic.  Regardless, there’s good information, even while the pandemic is still raging.

Ghoulish note that we didn’t have the survivors to fill hospital beds to overflowing.

Hospitals are normally about 80% filled and thus not ready

How you make a vaccine (in chicken vs mammalian eggs or cultures). We didn’t upgrade to the faster way

Meanwhile other huge risks are not being addressed adequately…33 million people with HIV and 3 million deaths per year…3-500 million cases of malaria a year with about 2 million deaths…1/3 of the world is starving…15 million children die of hunger each year.  Chemical plants not adequately protected…Neither are laboratories studying potential weapons, and we are not protected from nuclear terrorism

It’s hard to ignore the accusations about the governor which have surfaced since this book was published.  It’s also ironic how he deals with deaths in nursing homes.  But there is still something to learn from the governor who was so active and communicative during the crisis.

Turn of a phrase

Many of these books are what journalists call history on the run.  We’re not through the pandemic yet, but the first books are out on it and related topics.  Historians will likely link the tenure of President Trump with the pandemic.  Or will they?  We don’t think of President Wilson when we think of the Spanish flu, Eisenhower when we think of the 1957 pandemic, or Johnson or Nixon when the Hong Kong flu comes up.  Perhaps we do think of President Ford and the Swine Flu because he rushed a vaccine and some got sick from it.